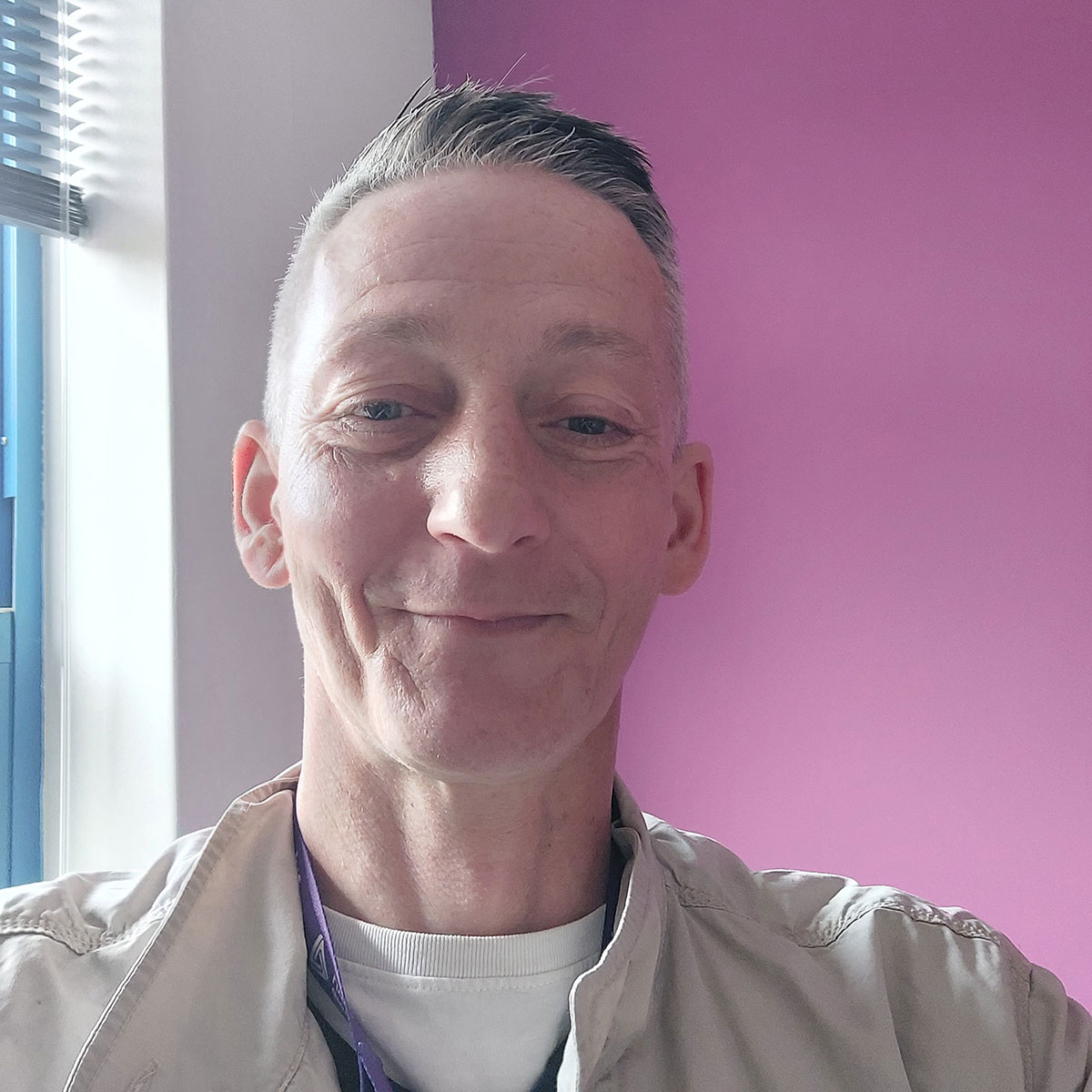 I first smoked weed when I was 13, and have overcome heroin and alcohol addictions to live the life I lead today. I went to Africa in 1997, and at that point, I’d given up smoking weed and using recreational drugs for the first time in my adult life. I had tried heroin two or three times. I was clean when I went to Harare Zimbabwe. It was a great trip until our vehicle was stolen in Durban, South Africa. The problems with opiates and alcohol started in the summer of 1998 after I got back. I first referred myself for treatment in 1999.

I came off heroin and soon after substituted that for alcohol. I had low self-esteem and started using cocaine. Then I started using a lot of cocaine. I managed to beat that too. I always used to swap one addiction for another. I got put on a high dose of diazepam and zopiclone from my GP for my anxiety once I stopped using heroin. That became a problem too.

When you’re in addiction, you have a lot of shame for the people that you’ve hurt and that you love. Even if you love them, addiction takes over and you treat them with contempt to get what you want and need. I’ve made peace with that now.

In 2008 I ended up back on opiates. I got a rotator cuff tear in my right shoulder. I was working as a Roofer on a building site with this pain, and my GP gave me dihydrocodeine. I’ve always had an addictive personality, and it didn’t take long to get out of hand again. I referred myself back for treatment. I was on a methadone prescription and started to engage with Change Grow Live. Something clicked with me one day. It was the anniversary of my grandad’s death in April this year. He died 32 years ago, and I started using drugs 32 years ago. My grandad played a really big role in my life and until that point, I’d not put the two together.

I became homeless in 2015 after me and my partner lost a baby and things spiraled again for me. I was sleeping rough across Norwich and had to go through the housing process. It was quite humbling. I try to think of solutions, not problems. You have to adapt and overcome. You come across obstacles, and you just have to smash through them. The problem with being in addiction is that you don’t realise how far you are into it. I wouldn’t engage with Change Grow Live at the time because I wasn’t ready. I can say unequivocally that the tools and resources Change Grow Live has given are much better than any treatment I received before. The stigma has gone. I never used to feel much of a stigma in services years ago, but I felt a stigma in society and in the community. There’s support out there, but it’s knowing that it’s out there and knowing where it is. But you’ve got to put the work in. Nobody’s going to come in and solve everything for you. I had to do it myself.

Change Grow Live gives you all the tools you need to beat your addiction. But until you’re ready to commit 100% and go for abstinence, you’re not going to make the changes you need to. I’ve come full cycle, I’ve been the “nightmare” service user, losing my medication, becoming a payday user of heroin after being abstinent for a while. I went into a bit of a hole after my brother passed away. He was my hero. He was my best friend. I can understand why he tried to numb the pain, as I tried to numb mine. I wasn’t shocked when I found out he’d died. I’d been expecting it. That’s when I decided to make a change. The negative was my brother dying. The positive was giving me the motivation to be abstinent, and become a mentor with Change Grow Live. I became abstinent on 2020, January the 1st. I last saw my dealer on 28th December but knew I wasn’t going to see him again. Soon after I started volunteering and have never looked back. In four weeks' time, it’ll be a year since I’ve stopped taking methadone. I got introduced to positive affirmations. A lot of quotes make a lot of sense to me. “When the ego sleeps, the soul awakes” is one that stays with me! I have also become involved in Guided Meditation, Mindfulness, and Breathing exercises.

I had to strip myself down emotionally to realise the reasons I used, and the effects it was having on the people around me.

I feel like I’m proof that the programme works. If I can stop using drugs, then anyone can. I’ll be forever grateful. I couldn’t save my brother, he was too far gone, but it’s given me the drive to help other people make changes in their lives. You reap what you sow, that’s something I’ve really learned.

Go back to the Norfolk news page